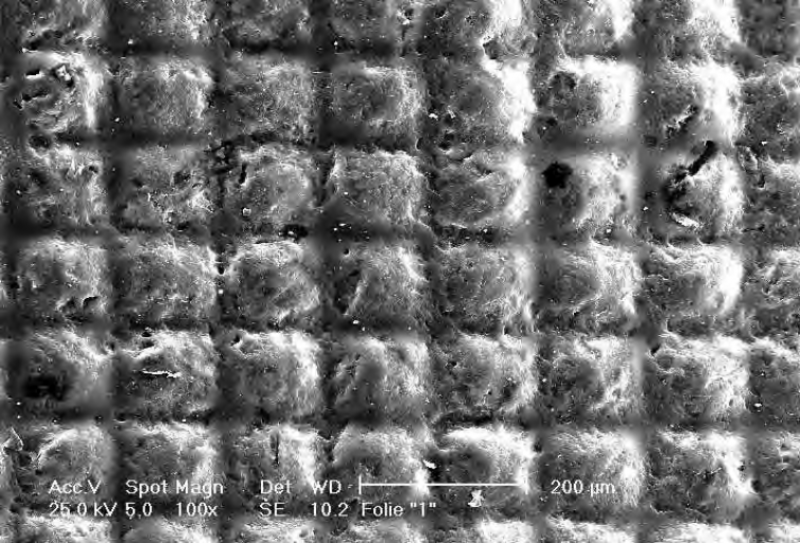 Micro-embossed / gravured films can be produced with nano cells and barrier structure depending on the demand. Films with nano cells are generally used in technical textiles and industrial composites. Thanks to nano cells technology, the water vapors permeability is possible at low levels, which allows a controlled air ventilation, controlled transition of steam or water vapor.
In films with a barrier feature, a monolithic structure is formed, which creates a barrier even against the smallest virus particles. These films are frequently used in a medical sector, especially for personal protection from widespread epidemics such as H1N1, Ebola and Sars viruses.
The most popular product of micro-embossed / gravured films is adult diaper film with controlled air ventilation. In addition to liquid droplet and aerosols protection, our films are also soft and create the feeling of a textile texture due to its non-plastic look.
The spunsper 54 / spunsper 63 products that we manufacture are used in the production of Spundbond biflex and spunbond triplex products and as the layers of viscose biflex and viscose triplex products in the manufacture of disposable drapes,gowns, aprons and compresses.
Fabrication Weight:
Raw Material: 100% polyethylene
Film Weight: 14 - 50 g/m2